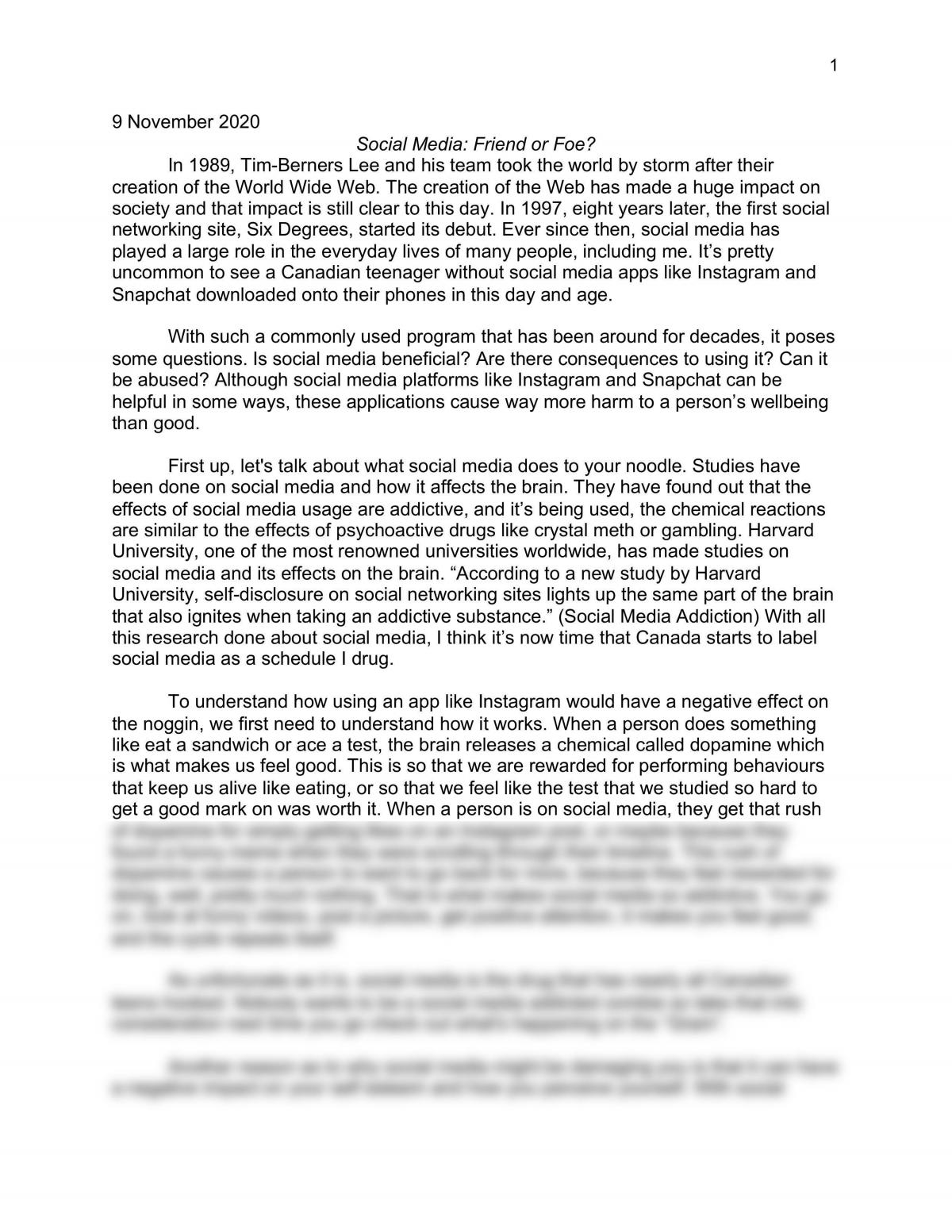 Do you wonder whether social media is really helpful? While it certainly connects people by the minute, it can also lead to toxicity and manipulation. These negative aspects aren’t always immediately obvious. In this essay, you’ll learn about three issues that you should consider before answering the question, “Does social media do more harm than good?”

An addiction to social media is a serious problem, especially for young people. Adolescents are highly impulsive and require a growing social influence to reaffirm their group identity. Besides, teens become stressed if their computer is down or their social media is slow. Increasingly, they use these networks to communicate with friends and family, rather than going outside of their homes. However, their addiction to these networks can harm their health and negatively impact their lives.

The brain has reward centers that become active when a person talks about themselves. In the non-virtual world, people spend thirty to forty percent of their time talking about themselves, and the same principle applies to social media. The addictive nature of social media is in its ability to make one feel good through positive social feedback, which encourages a person to repeat the same behavior. Moreover, if a social network user has a bad day or is feeling down, they may use social media as a distraction.

Almost 70% of people believe that social media companies spread misinformation. Only one in five disagree with this statement. Facebook particularly took a beating in the poll. Eight out of ten respondents said the company does a poor job handling misinformation on its platform. Despite this, the majority of users did not know how to assess posts that contained misinformation. This makes it crucial to know how to identify the sources of misinformation, and to supplement their news from other sources with more credible information.

Social media use has been linked to body image dissatisfaction in recent studies. While some studies find a positive association between social media use and negative body image, others have found no connection at all. In both cases, the authors suggest that social media can indirectly influence body dissatisfaction. They note that the findings from these studies are limited by the nature of their sample. Further, these studies do not consider whether social media affects adolescents’ mental health, a potential limitation of the current study.